An arrest warrant has been issued for Crystal Cruises’ Crystal Symphony for unpaid fuel bills, according to lawsuit documents obtained by USA TODAY. The command allows: authorities to take the ship into custody.

Now passengers are stuck on board for an extra day because the ship changed course and failed to dock in Miami, where it could have been met by a US marshal.

On Saturday the ship sailed towards Bimini after passing the planned disembarkation. Initially, the ship was scheduled to return to Miami on Saturday, ending a tour that began Jan. 8, Cruise Mapper said. Crystal Cruises’ parent organization, the Genting Group, owns Resorts World Bimini and the Crystal Symphony is a ship under the flag of the Bahamas.

Peninsula Petroleum Far East wants to recover just over $4.6 million from Crystal Cruises and Star Cruises. They are seeking more than $1.2 million from the Crystal Symphony ship alone.

Passengers and crew, except for a skeleton crew who will continue to man the ship, will disembark in Bimini on Sunday after the ship clears customs. After that, they will be transferred to Fort Lauderdale, Elio Pace told USA TODAY on Saturday. Pace is a UK based recording artist who works aboard Crystal Symphony.

“In three days, this whole thing blew up out of nowhere,” Pace said. “There was no warning.”

He said he had heard rumors that Genting was in financial trouble, but that he wasn’t too concerned when he boarded on Tuesday, expecting to stay on board and perform until February 23. in the hope that he will be compensated for the time he was on board.

“I can’t tell you if I’m getting paid for this week, let alone the contracts that are supposed to run until February 23,” said Pace, noting that the situation is not unique to him. “(If) I’m in that predicament, I can guarantee you that everyone on this ship – the crew and personnel – is in exactly the same predicament.”

►’Turning into a nightmare’:Norwegian cancels sails mid-cruise, passengers are stuck on board for days

Peninsula Petroleum Far East has filed a lawsuit against the ship, Crystal Cruises and Star Cruises (HK) Limited, owned by Genting Group, and filed a complaint Wednesday with a request for an arrest warrant.

On Friday, Judge Darrin Gayles of the US District Court in South Florida approved the injunction.

Attorney J. Stephen Simms of Simms Showers, which represents Peninsula Petroleum Far East, told Bloomberg that a U.S. Marshal and a court-appointed custodian would be willing to arrest the ship Saturday if it arrived at the Port of Miami as intended, but he expected otherwise.

“The US Marshal will be there with the warrant when the ship shows up in Miami,” Simms told Bloomberg. “My good money is it won’t land in Miami, from what we’ve been told. Our client is determined to recover.”

To meet the more than $1.2 million in claims, Peninsula Petroleum Far East would like the Crystal Symphony vessel to be sold, the complaint said.

Plans change quickly on board, but for some still vacation

John Dresner, from the UK, was at Crystal Symphony on Saturday.

“We were told yesterday that for (a) non-technical reason we had to end the cruise in the Bahamas instead of Miami, which meant changing our plans and travel arrangements,” he said, noting that despite concerns, they may are not paid, the ship’s crew has been excellent and continues to feed and entertain passengers.

“I’m on the top deck of the ship, Deck 12, looking out over the pool in the hot tub,” Pace said. “And I see people hanging out, passengers just chilling, reading books and just going with the flow.”

Fortunately for Dresner’s travel group, the change of destination didn’t upset their plans too much.

“We had to change flights, which really wasn’t that bad, and we’ll be home a day late, which again isn’t the end of the world for us,” he said.

But that doesn’t apply to everyone.

Pace posted on Twitter about the chain of events that have taken place since he boarded the ship on Tuesday, expressing his frustration.

After learning that the ship would stop sailing when it reached Miami, Pace wrote that he had made new travel arrangements.

Then the ship’s plans changed again.

“Yesterday, Friday, (the night of my second show) after all arrangements for flights, car rental, etc. had been made by all disembarking passengers and crew, we received a message from the captain that the ship was no longer sailing to Miami,” he said. wrote on Twitter on Saturday.

And Saturday night, while he had made new arrangements, he wasn’t convinced that everything was going to go according to plan.

“We have to leave tomorrow,” he said. But “we just never know what’s going to happen.” 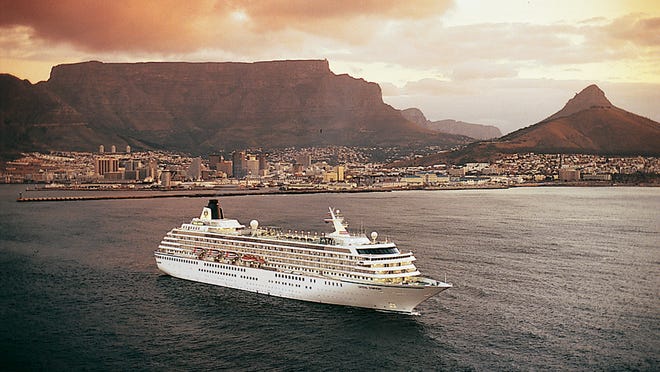