By Michelle Thompson for Dailymail.Com

The half-empty flight had not yet reached the Canadian border on Jan. 20 when the unidentified Israeli nationals upgraded their seats and refused to show flight attendants their tickets, according to The Jerusalem Post.

Fellow passenger Roi Lotan said a “riot” started when the duo refused to comply with flight crew directive on their way to Tel Aviv.

“The flight was half empty and there was space, so they probably just said to themselves ‘why not?’ Lotan told the Israeli outlet Channel 12.

The clamor prompted the pilots to return near the Maine-New Brunswick border, FlightAware data shows. 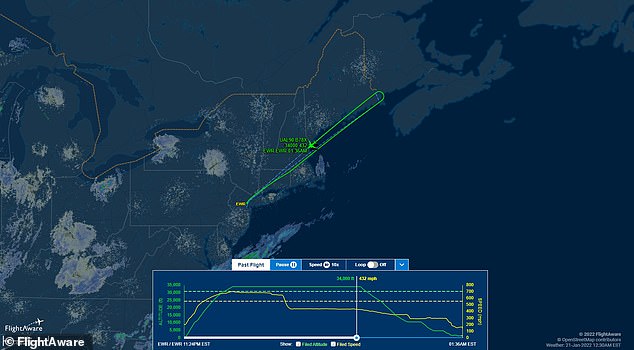 It is the second time in a week that an international flight from the US has had to turn around due to disruptive passenger behaviour.

Last Wednesday, a flight from Miami to London turned around midway through its journey after a passenger refused to comply with the federal mask mandate on planes.

When the plane returned to Florida, police escorted the defiant passenger out of the plane without incident.

Likewise, the Port Authority was called during the more recent incident aboard United Flight 90, meeting the plane as it was returning to Newark, United said in a statement.

A witness theorized that passengers thought it would be okay to move to business class, as free seats were available 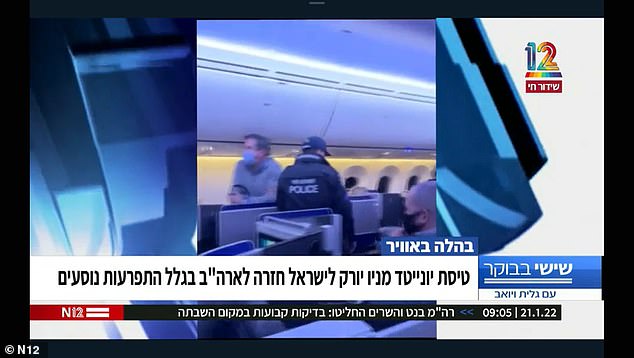 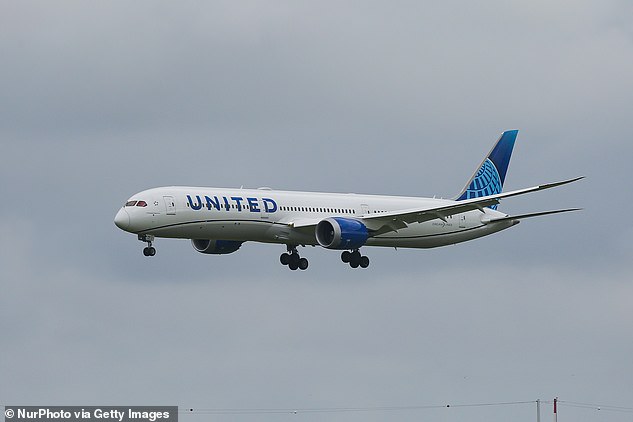 The flight has been cancelled; customers were given meal vouchers and hotel accommodations while staff worked to reschedule their trips, the airline said.

The aircraft was carrying 123 passengers and 11 crew members.

A quick search for United flights shows that business class flights from Newark to Tel Aviv can cost much more than an economy seat.

A January 30 economy ticket from Newark to the Israeli city costs $1,062 round-trip, compared to $10,670 for a United Polaris business seat. The price is double that of a business seat on comparable flights.