Joby Aviation aims to secure the license and permissions it needs to conduct a test flight over San Fransisco Bay, claiming that it will be the longest and highest point for an eVTOL to make. The air taxis from the company would soon focus on a ride-hailing feature that will soon launch in the country, featuring a new way of transportation.

Joby Aviation’s top eVTOL has 154.6 miles of range on a single charge, and it is now seeking the approval of the FCC for test flights across San Fransisco Bay. The FCC filing (obtained by Tech Crunch) applies for a test flight that would bring the eVTOL from one point of The Bay to the other, showing its capabilities as a flying car.

The company also partnered with NASA to conduct the test flights of its air taxis in a more controlled environment, and it proved a success for its prototype. The specific flying car will be one of the regulars from Joby, a vehicle that is well known to the public and fans of the industry now.

Joby is also looking into securing an FAA flight certification as it qualifies as part of the aviation industry and its operations.

The eVTOLs from Joby boast of being the fastest flying car with a top speed of 205 miles per hour, the most extended range in the market that is close to 155 miles, and obtains the highest altitude of 7,000 feet above sea level.

Moreover, the eVTOL company claims that it has the quietest flying car in the industry, where it recorded one passing by on its YouTube page. 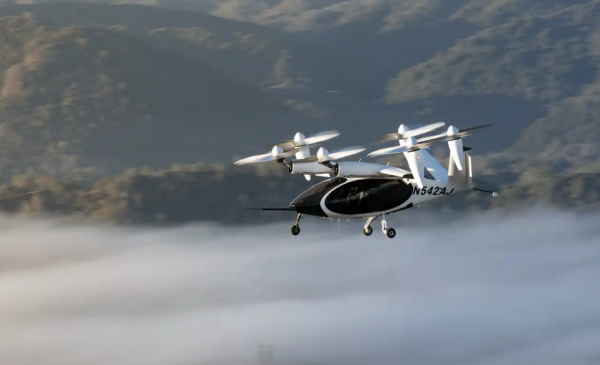 eVTOL and Air Taxis: Will it Come?

Electric vertical takeoff and landing vehicles (eVTOL) are also known as “flying cars,” and their primary purpose is transportation in the airspace to avoid traffic and congestion. The venture was popularized by spy and sci-fi movies showing its sophisticated technology, something known to the public more than five years ago.

Different companies already have stakes in the eVTOL industry, and people are looking forward to its availability in public. The only catch now is that it brings limited capacity and cargo capabilities. Unlike its flying counterpart, it will have different dynamics to a road car with wheels and can sustain a significant cargo and mass.

Most eVTOLs now are single passengers, while some only offer two people and their baggage.

The main thing now is that companies aim to bring eVTOLs and air taxis to the public directly, creating a landscape that will have cars flying around for different needs. Joby Aviation is only one company that pushes for eVTOL’s increased presence, and there are a lot now that aim to bring their services to the public soon.

This article is owned by TechTimes

ⓒ 2021 TECHTIMES.com All rights reserved. Do not reproduce without permission.