Bob Jordan is stepping in Tuesday to take the CEO job at Southwest Airlines, a move announced seven months ago but 34 years in the making.

Jordan, a 61-year-old Texas A&M grad described as a “people-builder” by those inside the company, has crisscrossed the country since June visiting dozens of Southwest Airlines stations and meeting with media as he moved into the top spot from his previous job as executive vice president of corporate services.

He’s given plenty of hints of how he’ll change, and not change Southwest Airlines. Here’s what we know about him so far.

No bag fees or change fees are coming soon

One of the first questions for Jordan, after he was named incoming CEO, was about whether the company will renege on its history of not charging bag fees or change fees.

“Our commitment to transparency continues with no bag fees and no change fees, we are committed to that,” Jordan said in a call with investors in July.

He also told USA Today that the company wasn’t looking at adding assigned seating in the near future, but he was willing to look at it again in the future.

“If it was clear that the need (for assigned seating) was there, that this was essential to our product, we would absolutely look at that,” Jordan told USA Today.

How the airline can be fixed

“In the past, you can set your watch by a Southwest Airlines schedule,” Jordan told a crowd of local business leaders at the Dallas Regional Chamber Annual Meeting last week.

He has also said that employees need some sympathy after a pandemic that has tested the airline and its workers, especially frontline workers who have had to deal with customers angry over delays, mask mandates and other new challenges.

“We’re not broken, so there’s no need to turn the airline 90 degrees,” Jordan told the Dallas Morning News in Nov. “I think we need a focus on what I’ve called reinvigorating our culture.

He’s been around the company

The CEO title is just the latest in a long line of positions for Jordan at Southwest. He’s been described as a “firefighter” jumping around on projects such as the move from paper boarding passes to digital and the integration with AirTran in 2011.

In fact, he’s had 15 jobs at Southwest before accepting the CEO position, starting as a programmer in 1988 and moving up through jobs such as comptroller and most recently executive vice president of corporate services.

“I think this is my 15th job, and in all of those but one, Gary has moved me around to give me more experience,” Jordan said in June shortly after it was announced that he would become CEO. 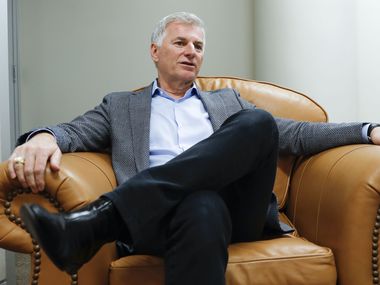 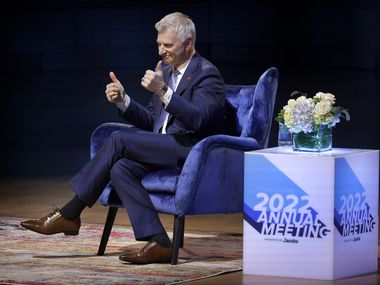 Bob Jordan has less than a week before he moves into the CEO chair and Southwest Airlines, and part of that duty was facing the Dallas business community that is fiercely proud of having two of the country’s biggest airlines headquartered in their own backyard. So what would Jordan win the love of Texas business tycoons? By giving away free airline tickets of course.“If you look at your program, we’ve got a couple programs here that have a heart sticker inside and that will win you a couple of roundtrip tickets on Southwest Airlines,” the 61-year -old Jordan told attendees at the Annual Meeting of the Dallas Regional Chamber Tuesday night. Here are 10 takeaways from Jordan’s chat Tuesday.