Ishaan Khatter is the son of Rajesh Khattar and Neliima Azeem and the brother of Bollywood actor, Shahid Kapoor. Although he followed the footsteps of his brother and joined Bollywood, the handsome actor has proved his mettle in acting brilliantly. On the other hand, Shahid Kapoor had tied the knot with Mira Rajput on July 7, 2015, and had made her a part of the family. In these years, we have seen Mira Rajput playing the best wife, best mommy and best bahu. But the most powerful bond she shares in the family is with her brother-in-law, Ishaan Khatter.

The adorable pati, patni aur devar trio, dance together, eat together and even shed the extra kilos together. And their cute banter on social media sets pure family goals. On June 22, 2021, Mira had shared a beautiful picture posing with Shahid and her devar, ishan. The picture was from the trio’s post-workout session. Alongside it, Mira had written, “Dream Team.” 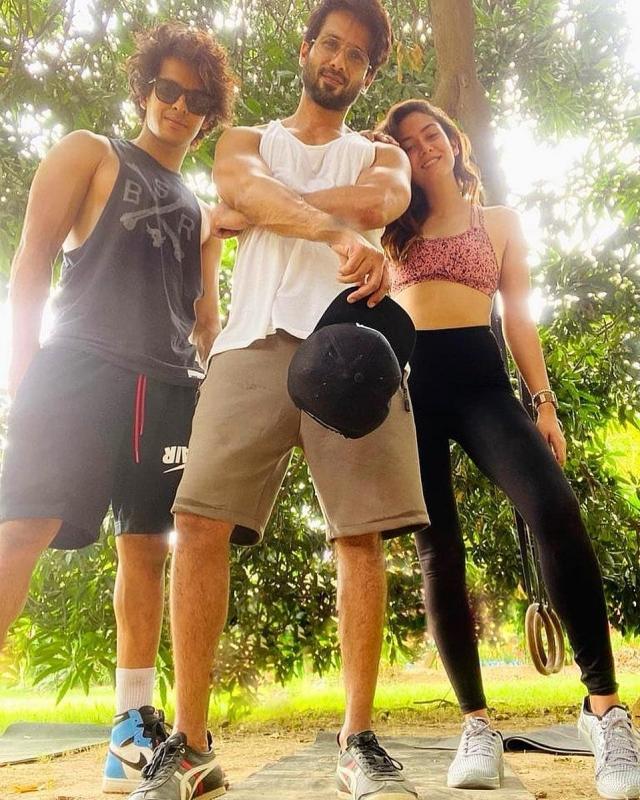 A few hours ago, Mira Rajput Kapoor took to her Instagram handle and shared a super chic video, chilling on a beach. In the video, she can be seen wearing a yellow long dress and flaunting her open tresses. She displayed one of the sweetest experiences of her life and affixed a line atop her video and wrote, “A memory I can’t stop thinking about.” Along with it, she also added the song, Memories of You by Divine Locations and captioned her post with a few poetic lines. she wrote:

“On a sandbank in the middle of the Indian Ocean, watching the sun set while the moon rises with the love of my life, and my two babies drinking apple juice from champagne flutes.”

Ishaan Khatter is always seen praising and showering love on his brother, Shahid Kapoor and his wife, Mira Rajput Kapoor’s posts whenever the duo shares anything on their social media handles. As soon as Mira shared her video, Ishaan gave a cute reaction to it.

On November 1, 2021, Ishaan Khatter had turned a year older, and his doting bhabhi, Mira Rajput Kapoor Kapoor wished him by sherring a picture of him. Mira had penned a birthday wish for him, mentioning how he is the ‘best chachu’. Asking him to be ’90s kids forever’ and keep her kids, Misha Kapoor and Zain Kapoor busy, Mira had written:

“Spirited, talented, the one with the biggest hair and the biggest heart, ever so loving, perpetual third wheel and the best Chachu in the whole wide world.. Happy Birthday @ishaankhatter Love you loads. May we always click the best pictures of each other and always be 90s kids forever. (Let’s keep the sidebar going when the conversations take a turn for you know.. “evolved”) Always be happy and keep the kids busy.” 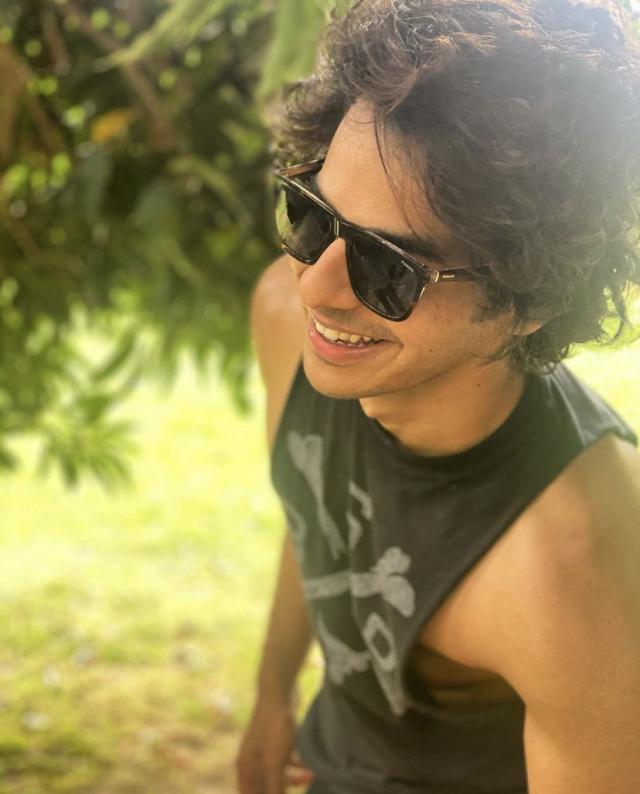 On August 16, 2021, Mira had turned paparazzi for her hubby, Shahid Kapoor and devar, Ishaan Khatter’s dance challenge. The gorgeousness had shared a video of the two on her Instagram handle. In the lovely clip, we had seen Shahid and Ishaan doing a freestyle dance, and that had become a visual treat for millions of fans. Check it out below:

AWESOME NEWS! Now you can download BollywoodShaadis app and never miss a story. Get App

AWESOME NEWS! Now you can download BollywoodShaadis app and never miss a story. Choose your device Android or IOS (Apple)