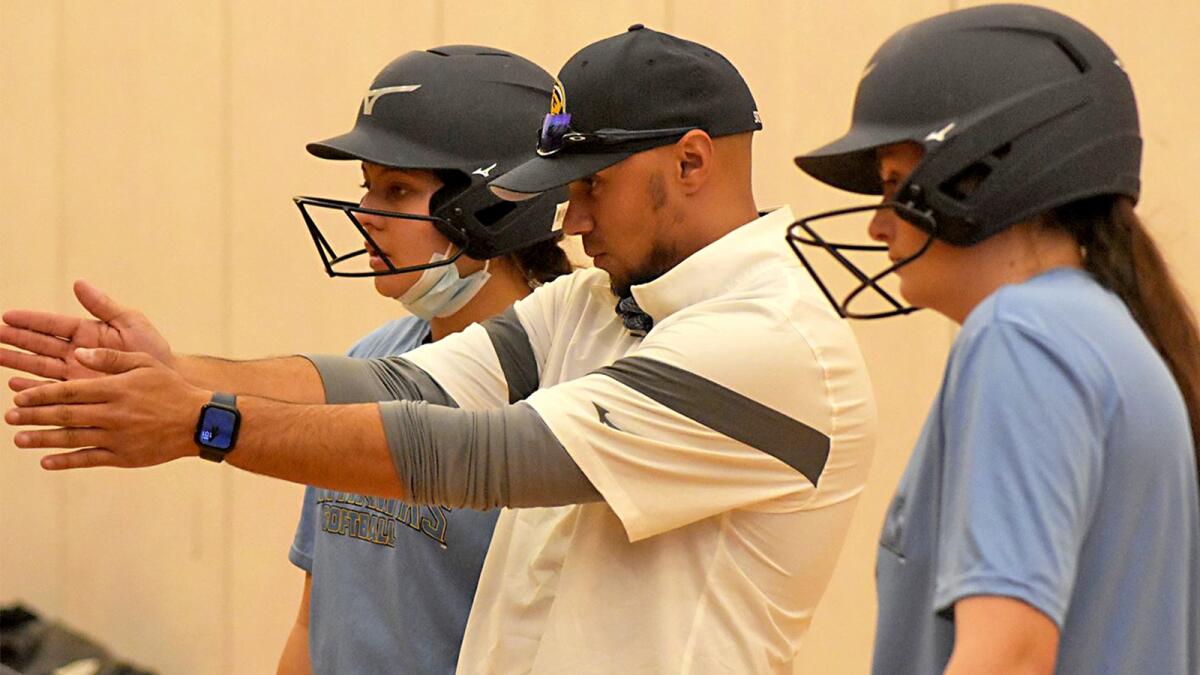 Skyhawks softball returns to the diamond this week, heading to Texas for the first pitch of the 2022 campaign Friday and Saturday at the Lubbock Sports College Invitational, hosted by Lubbock Christian University.

Fort Lewis is coming off a strong 2021 season, finishing 20-23 overall and advancing to the program’s first RMAC Tournament since 2014. A return to the postseason is the goal again this spring for a new-look FLC squad, picked No. 7 in the RMAC Coaches Preseason Poll, that has welcomed in 16 new players and the first-year coaching staff of Dwight Sanders and Paige Gumz.

“We have a new roster that’s really young, but there is so much opportunity for them. Once we can get the kids to play with that swagger, that’s going to be the key ingredient for us,” said Sanders, who comes to Durango after posting five straight winning seasons and four postseason appearances at Otero Junior College. “We saw that last year with this team. They caught fire, went into the postseason and did some great things. I think we can be a similar team that can do the same thing.”

Shotton batted .375 with three home runs and a .667 slugging percentage in 2020, while Gilley expanded her role throughout her freshman season in 2021, finishing with five home runs – the fourth most on the team – and 14 RBI in just 80 at- bats.

“The returners have been great because they know what college softball is about and kind of what the expectations are. They don’t have to adjust from travel ball to Division II softball,” Sanders said. “They’ve been great teammates, open-minded to our new coaching styles and what we’re asking them to do.”

Pippel, a left-handed bat out of Woodinville, Washington, hit .337 with two home runs, 22 RBI and a .528 slugging percentage during the 2019 season for Montana, while Devers garnered heavy interest as an all-state catcher and utility infielder at Liberty High School in Peoria, Arizona.

A prep star in Arizona, Caldwell batted .403 and played in 76 career games as a four-year star for Marana High School; highlighted by a senior season where she boasted a .568 average with six home runs and 19 RBI in just 15 games played.

Stewart, a power-hitting first baseman out of Trinidad State Junior College, was a career .444 hitter with 20 home runs for the Trojans.

As for Matsukawa and Baca, the duo from Otero Junior College profile as table setters atop the Skyhawks’ lineup. Matsukawa hit .548 with 29 stolen bases, adding 16 extra-base hits in just 29 games, for the Rattlers in 2021, while Baca slashed .418 with 32 stolen bases in 37 games played last spring.

“They both played for me last year and were part of a really good culture and really good season,” Sanders said. “I think that’s huge as they come here to Fort Lewis where because they can add to the culture here that we’re working to build.”

In the pitching circle, Fort Lewis will have the task of replacing its entire pitching staff from the 2021 season, including starters Brianna Leavell and Kendra Keahbone, who combined for over 200 innings pitched, 130 strikeouts across 31 starts.

The Skyhawks have brought in four young arms in freshmen Hallie Mann, Amiee Shanks and Alex Tenorio, as well as redshirt sophomore transfer Cat Rodman from Northeastern State, to sure up their rotation. Rodman and Tenorio are also expected to see time in the field for the Skyhawks, as well.

During its first eight games, the Skyhawks will square off three times against the defending national champions West Texas A&M, as well as single-game matchups against perennial Lone Star Conference powers Texas A&M-Commerce and Lubbock Christian.

The challenging preseason sets the Skyhawks up to be battle tested once the RMAC season rolls around Feb. 25-26 at Colorado Christian University.