Using “eyes in the sky” to detect “natural intruders,” NASA is looking to shape the future of flight. But rather than looking towards space, the agency is eyeing North Texas.

Working with the organization, Bell Textron said it has successfully shown the ability for its autonomous cargo drone to navigate through complex airspace with the use of a radar system set up at Fort Worth’s AllianceTexas Mobility Innovation Zone (the MIZ), in an effort to develop the systems needed for safe skies in the future.

Bell set up radars within the AllianceTexas Mobility Innovation Zone to gain a picture of operational airspace and fill in gaps in air surveillance, as indicated with the conceptual overlay. [Background image: AllianceTexas]

Using aircraft communication technology on its commercial helicopters and unmanned vehicles, Bell’s drone was able to successfully detect and avoid other objects in the airspace, while meeting regulatory requirements beyond the line of sight by integrating with its ground-based radar surveillance system. The company said the flight test’s completion will aid in expanding the industry, as things like drone delivery services and air taxi companies mature.

“The data they receive from these efforts will enable the industry to advance the commercialization of this technology across multiple platforms,” said Christopher Ash, senior VP of aviation business development at AllianceTexas developer Hillwood, in a statement. 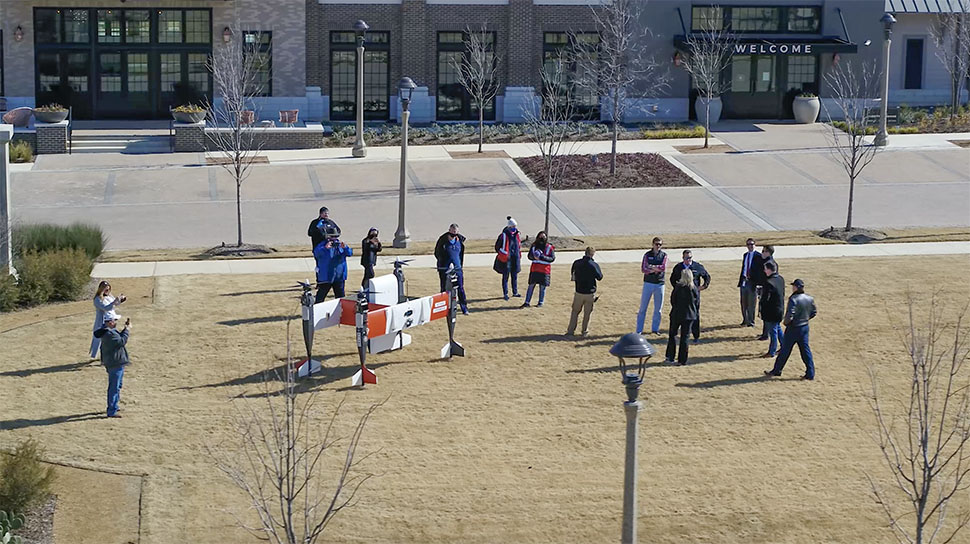 Planning for the future

In February 2021, as seen above, Bell and Hillwood successfully tested its unmanned package delivery system, completing what the companies called the first point-to-point unmanned aircraft system delivery in North Texas,

While Bell has been developing other flight tech at the MIZ—like creating flying taxis with the help of Uber—it’s been working with NASA on systems integration and operationalization demonstrations to connect remotely piloted craft to the national airspace system since September 2020. The recent demonstration extends upon that work, as NASA evaluates numerous monitoring technologies.

The completed tests are part of NASA’s Advanced Air Mobility mission, which was initiated in 2020. Envisioning a world where passengers and cargo “travel on-demand” in automated crafts that would today typically be reached by car, the goal of the mission is to develop a transportation system that would allows automated crafts to safely operate on a local, regional and interregional level.

“NASA’s vision…is to help emerging aviation markets to safely develop an air transportation system that moves people and cargo between places previously not served or underserved… using revolutionary new aircraft that are only just now becoming possible,” the agency wrote on its website. 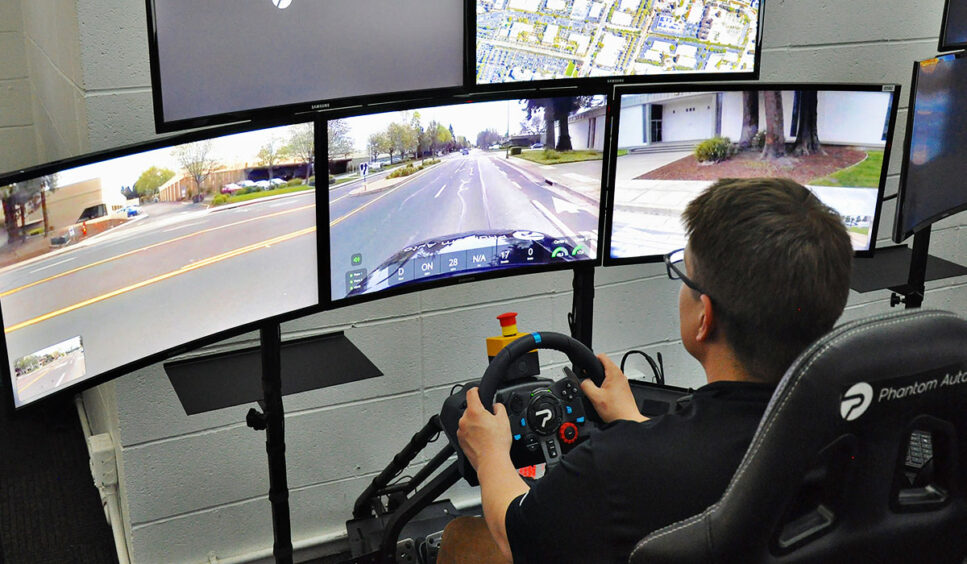 In addition to flight, the MIZ is a testbed for others driving the transportation tech of tomorrow. Along with partnering with research organizations like the Texas A&M Transportation Institute, the 27,000-acre AllianceTexas development is the site of facilities for autonomous driving startups like TuSimple, Gatik, ITS ConGlobal, and Amazon-backed Aurora.

Overall, the development says it is home to more than 525 companies that have built more than 50 million square feet of space, while creating more than 60,000 jobs.

“In North Texas, the existing infrastructure is extremely unique, and our businesses in the region…are unparalleled in their willingness and cooperation to improve resiliency and reliability,” Ian Kinne, director of logistics innovation at Hillwood, previously said of the region. “North Texas has long been a leading market for trucked freight [and] boasts a deep aerospace workforce.”

Sign up to keep your eye on what’s new and next in Dallas-Fort Worth, every day.