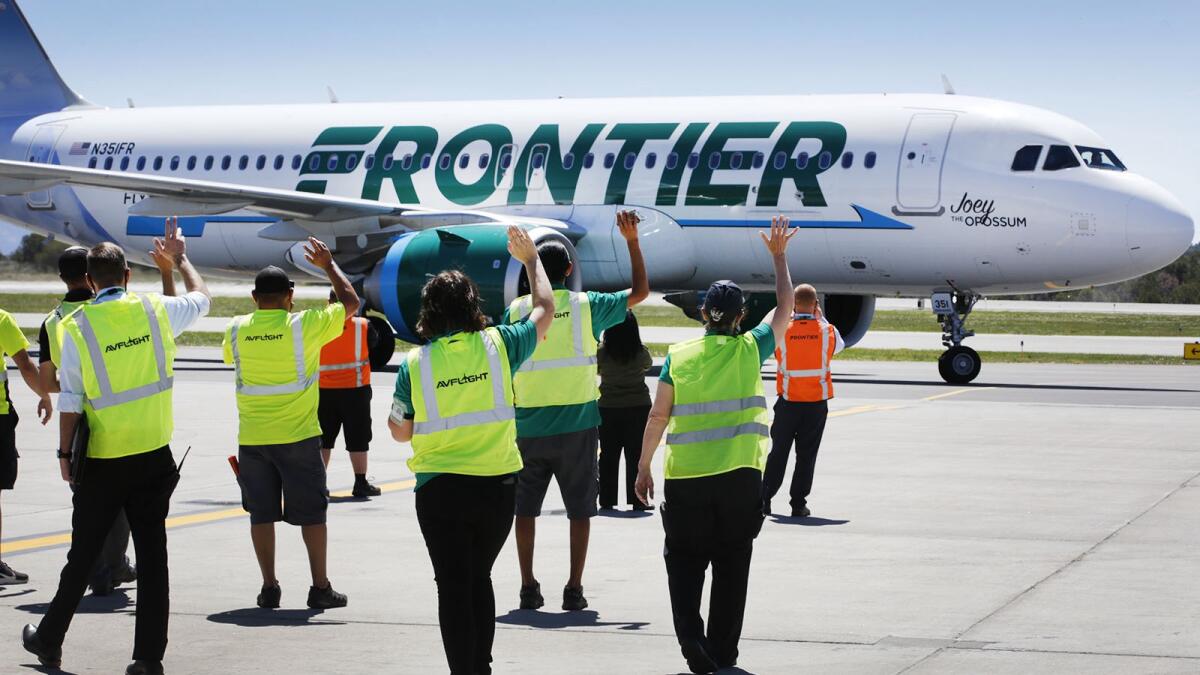 The Durango-La Plata County Airport has been on a bit of a winning streak ever since the pandemic sent droves of city dwellers on a so-called “urban flight” to rural locales like Southwest Colorado.

The airport successfully recruited airlines to expand service destinations, and in 2021, it recorded a record number of passengers.

But the winning streak may be plateauing.

DRO Aviation Director Tony Vicari said airlines must make decisions based on demand and how much they can charge for tickets. Demand wasn’t robust enough to support the Las Vegas flights, he said.

“At the end of the day, the demand for the service just wasn’t sufficient to support it long term,” he said. “And so that was a decision that Frontier ultimately made, which is tough. I mean, we hate to see decreases in air service, of course, in the local market, but you know, no airline is going to offer service that isn’t being sufficiently supported by demand.”

The Denver flights stopped in December and were expected to resume at the end of April. Instead, Frontier will bring back the Denver service earlier than expected, on March 6, with twice-weekly flights on Thursdays and Sundays, Vicari said.

“We are of course disappointed that Frontier service to Las Vegas will end in early March,” he said in a news release. “However, we are pleased that Frontier will continue to offer uninterrupted service to Denver, the number one origin destination market for air travelers using DRO.”

Frontier Airlines positions itself as a low-cost carrier, catering to passengers who are able to book trips on its twice-weekly flights.

“It allows a wider range of service options, so that’s great for the community,” Vicari said. “Hopefully, we’ll continue to see strong demand on the Denver route, which will keep Frontier in the market.”

The Durango-La Plata County Airport had 397,293 passenger trips in 2021, a record number for the airport and a little more than twice as many as in 2020, the year of the pandemic.

With Delta and Frontier cutting back on flights, the airport will have less overall seat capacity in 2022 than it did in 2021, Vicari said. Meanwhile, he expects demand in 2022 to be somewhere between pre-pandemic 2019 numbers and the record-setting traffic set in 2021.

“Overall, it’s likely to remain strong,” he said. “I think it’ll be very close to our pre-pandemic baselines, if not slightly above.”

Vicari said discussions are always taking place to recruit new airlines and convince existing airlines to expand service to new destinations. But 90% of the equation comes back to demand, he said, and that’s something he can’t control.

“We see, of course, a lot of requests from the community to try to recruit and attract more air service,” he said. “But at the end of the day, it’s only going to be as successful as the amount that it’s utilized.”

No additional destinations are imminent, he said.

The top origin and destination locations for Durango include Denver, Dallas and Phoenix, Vicari said. DRO currently has nonstop service to all three of those cities.

Houston also ranks high, but it is not currently served by a nonstop flight. After that, the top origin and destination locations include Chicago, Los Angeles and Austin, he said.

The airport had service to Houston pre-pandemic, but that went away during the pandemic, Vicari said. Likewise, flights were offered to Los Angeles last summer, and the airport is in negotiations to bring those back this summer, but there are no firm commitments from the carriers.

The airport can help incentivize new flights by waiving landing fees, and, in some cases, can waive terminal rents depending on the type of service and frequency of service, he said.

Vicari said the overall impacts from losing the Las Vegas flight won’t be hugely felt in the community. Daily service to Dallas and Denver remains strong, he said.

“It’s a nimble market at the moment, so you’re seeing some adjustments,” he said. “But overall, our service remains really strong. At this point, we’re not fragile in our core markets. Everything is good, and we continue to work to try to recruit.”

The airport plans a major runway reconstruction project that will close the airport for 10 days post-Labor Day, Sept. 7-16. It also plans capital projects to maintain existing infrastructure and is incrementally expanding terminal facilities to match demand.

Travelers with existing reservations for DRO-LAS service on Frontier after March 5 can rebook online or call (801) 401-9000 for refunds or rebooking, according to a news release issued Monday by the city of Durango.