Sanctions against Russia expanded further into the banking and hospitality fields on Thursday as US Treasury Secretary Janet Yellen warned of further financial penalties against Moscow for its invasion of Ukraine.

“Goldman Sachs is winding down its business in Russia in compliance with regulatory and licensing requirements,” said a spokeswoman for the US investment bank, which was the first major Wall Street institution to distance itself from Moscow.

“We are focused on supporting our clients across the globe in managing or closing out pre-existing obligations in the market and ensuring the wellbeing of our people.”

According to its latest annual report, the firm’s exposure to Russia stood at $650 million at the end of 2021, with the vast majority tied to claims by private actors and borrowers.

Goldman Sachs did not give details about the number of employees working in the country.

Citigroup, another major US bank which had a total exposure to Russia of $9.8 billion as of the end of December, said they were “assessing their options” in the country.

The exterior of a Marriott Residence Inn is shown in Sunnyvale, CA, on Tuesday, October 5, 2010. (AP Photo/Paul Sakuma)

Last year, Citigroup announced it would seek to sell its retail banking operations in Russia.

“As we work toward that exit, we are operating that business on a more limited basis given current circumstances and obligations,” said Edward Skyler, the bank’s executive vice president for global public affairs.

“We are also supporting our corporate clients in Russia, including many American and European multi-national corporations who we are helping as they suspend or unwind their business.”

Marriott on Thursday joined the other two international hotel chains based in the US — Hyatt and Hilton — to announce the freezing of its investments in Russia and put on hold any planned opening of new hotels there.

Marriott, like Hilton, said it’s shuttering its corporate office in Moscow as well. 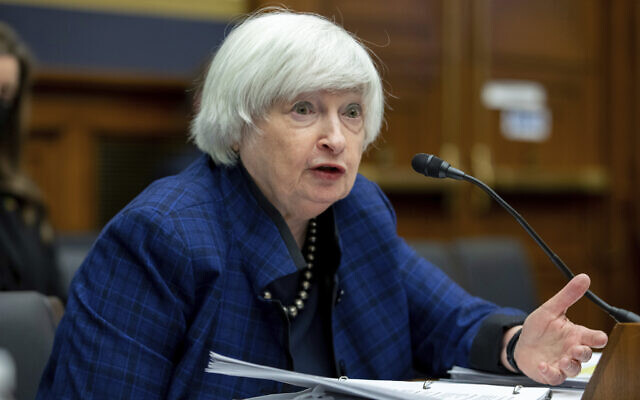 All three hotels are either earmarking aid funds, donating profits from Russian properties, or opening hotel rooms to refugees in Europe.

“The atrocities that they’re committing against civilians seem to be intensifying, so it’s certainly appropriate for us to be working with our allies to consider further sanctions,” Yellen said, without providing details.

But sanctions taken to date have “devastated” the Russian economy, she said in a conversation with Washington Post Live.

“We have isolated Russia financially. The ruble has been in a free-fall, the Russian stock market is closed. Russia has been effectively shut out of the international financial system.”

And Russia’s “war chest” of $600 billion in foreign currency reserves, amassed to cushion such a blow, have been rendered “all but unusable,” Yellen said.

Washington, Brussels, and other governments around the world have cut off Moscow and Russian banks from making or receiving payments, frozen assets, and pushed the country to the brink of a debt default. 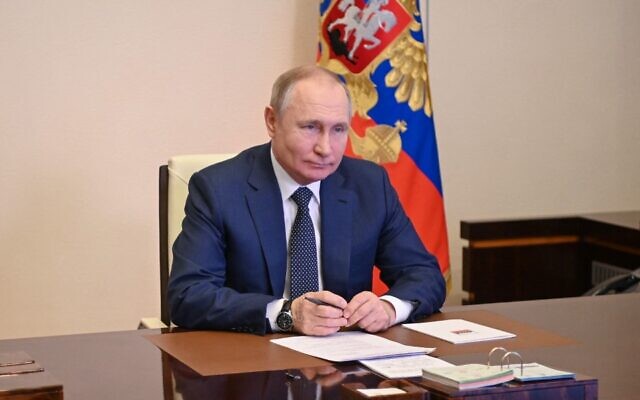 US President Joe Biden has banned Russian oil imports, while Britain is phasing them out.

Putin on Thursday however downplayed the massive sanctions, saying Moscow will find a way to “adapt.”

Speaking at a televised government meeting on the 15th day of Moscow’s advance into Ukraine, Putin said that Western sanctions on Moscow had begun to hurt the US and Europe.

“Their prices are rising, but that’s not our fault. It’s the result of their own miscalculations. There’s no need to blame us,” Putin said.

While the 69-year-old Kremlin chief said Moscow was continuing to export oil and gas, including through conflict-torn Ukraine, he blamed the West for sky-rocketing energy prices.

“They are telling their citizens to tighten their belts, to dress warmer,” Putin said. 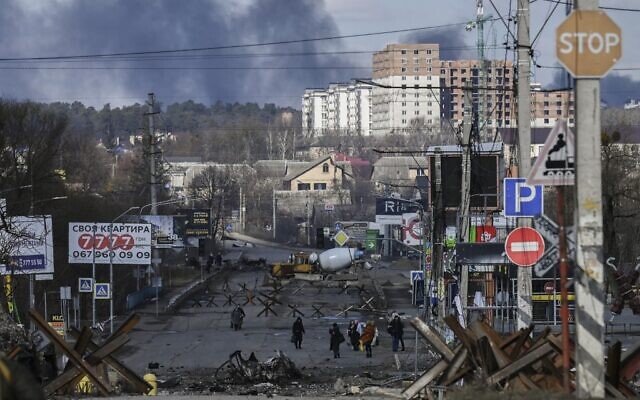 He stressed that Russia was “respecting all of our obligations in terms of energy supplies.”

Putin scoffed at Washington for what he said were their efforts to sign energy contracts with Western adversaries Iran and Venezuela.

He also warned that the Western penalties could send global food prices soaring, as Russia was one of the world’s main producers of fertilizer.

“If they continue to create problems for the financing and logistics of the delivery of our [fertilizer] goods, then prices will rise and this will affect the final product, food products,” he said.

European wholesale gas and crude oil have rocketed to record, or near-record prices this week due to supply fears linked to Putin’s decision to pour tens of thousands of troops into Ukraine on February 24.

The US and Britain announced this week they were cutting off Russian energy imports in response to what the Kremlin has termed Moscow’s “special military operation,” triggering another surge in prices.

We’re really pleased that you’ve read X Times of Israel articles in the past month.

That’s why we started the Times of Israel ten years ago – to provide discerning readers like you with must-read coverage of Israel and the Jewish world.

So now we have a request. Unlike other news outlets, we haven’t put up a paywall. But as the journalism we do is costly, we invite readers for whom The Times of Israel has become important to help support our work by joining The Times of Israel Community.

For as little as $6 a month you can help support our quality journalism while enjoying The Times of Israel AD-FREEas well as access exclusive content available only to Times of Israel Community members.

Thank you,
David Horovitz, Founding Editor of The Times of Israel