Robert Isom’s plan as he takes over as chief executive at American Airlines is simple: “Run a reliable operation” and “return to profitability.”

That was the strategy he posted on a slide as he spoke to American Airlines employees at the company’s annual leadership conference in Dallas in February. The hope is that the first goal, landing planes on time and canceling fewer flights, will make the airline more profits through efficiency and from customers willing to pay a premium for tickets.

Isom takes over as CEO on Thursday and has said he hopes to reverse the troubles that have plagued the carrier even before it merged with US Airways in 2013, which brought Doug Parker as the top executive and other senior leaders, such as Isom as chief operating officer.

Who is Robert Isom, American Airlines’ next CEO?

Robert Isom, American Airlines’ president, was named the company’s next CEO with plans to take over the job from his long-time business partner on March 31. Doug Parker is retiring after 20 years leading airlines. Isom has been with Parker at some point during every stop in the airline journey, starting at Northwest and then at America West in Phoenix. At America West, Parker was named the CEO in 2001 eventually acquired US Airways and kept the name.

The carrier has struggled with union battles, high flight cancellation and delay rates, a slow integration with US Airways — even before major outside challenges such as the Boeing 737 Max crisis and the COVID-19 pandemic. 2020, The Wall Street Journal dubbed American Airlines the worst airline in the country, although it improved to sixth out of nine for 2021.

American’s strengths and struggles will be tested again this summer with airlines projecting their biggest crowds since prepandemic 2019.

Despite Parker guiding the airline through a pandemic, industry analysts and union officials say that Isom has a difficult task ahead of him if American is to catch up to competitors at Southwest, United and Delta.

“What good is being the biggest airline in the country if nobody wants to fly your airline?” asked Henry Harteveldt, a travel industry analyst and president of Atmosphere Research Group.

Getting customers to want to fly your airline means making sure passengers can depend on you to get to their destinations reliably, Harteveldt said.

While American improved its on-time ranking among major airlines in 2021 ahead of Dallas-based Southwest Airlines and Chicago-based United Airlines, it was still hit by several weekends last year when thousands of planes were canceled as its network unraveled under heavy loads and small patches of adverse weather.

But since December, when he was named as Parker’s successor, Isom has keyed in on “operational reliability,” or making sure that planes land on time and cancellations are kept to a minimum.

“What we’re tasked with right now is making sure that, as demand returns, that we’re running an incredibly reliable airline, welcoming customers back, returning American to profitability as soon as possible and, over the long run, making sure that American is the best airline in the business,” Isom said with an interview with The Dallas Morning News in Dec.

“It goes without saying that there has been plenty in the media about American’s operational shortcomings, some of them are outside of American’s control,” Lamb said. “I think right now American is not an airline that needs someone that is going to do big-picture strategic thinking about where it is going next, but it needs to execute on the plans that are already announced.”

In some ways, Isom is coming into American with big-picture plans for years to come laid out by Parker. The airline has inked massive alliances with JetBlue and Alaska Airlines to strengthen positions on the East and West coasts and has one of the industry’s youngest fleets, with orders for more than 200 Boeing and Airbus jets over the next five years.

Isom will also need to improve the company’s relationship with unions. American is now in negotiations with flight attendants and pilots, who have each complained that the way the airline schedules crews is leading to more delays and cancellations.

American apologized to pilots and flight attendants last summer after stretches where crew members were frequently showing up to hotels during trips without reservations having been booked.

Tajer said the airline also has struggled often to connect pilots with planes during periods of heavy cancellations. The union has also complained that too many pilots are stuck on call and unable to pick up extra shifts even when they are available.

“It flows through the entire brand,” he said. “Management has a difficult time attracting pilots because they are an outlier in total compensation.” 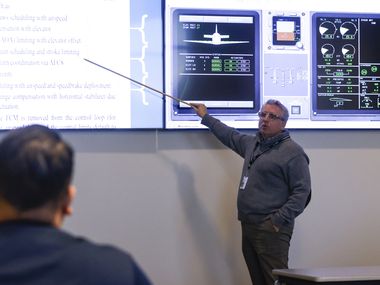 American finally settled a five-year contract fight with mechanics, who are represented by TWU-IAM Association, just as the pandemic was starting in 2020. But Gary Peterson, air division director for the Transport Workers Association, said the relationship with management hasn’ t improved, despite having a deal.

“American could be doing a lot better if they would listen to the employee groups,” Peterson said.

A group of American Airlines passenger services agents representing another 14,000 employees is expected to start negotiations this summer after putting off talks during the pandemic.

Peterson said there is hope that Isom strikes a new tone with unions.

“That’s really the question mark,” Peterson said. “You still have a leadership team that has a lot of the same faces.”

Making employees happy after a tenuous two years of pandemic-era flying will be key to turning around passenger perception of American, Harteveldt said.

“When people are unhappy, half or more say the cause is usually rude service or lack of attention, things related to the environment on the airplane or in the airport,” he said. “The flight attendant workgroup, more than anyone else, has borne a lot of stress and duress from unruly passengers. It certainly contributes to how they feel about their job.”