Perhaps it’s no wonder first-term House Democrat Sara Jacobs from San Diego decided to make a free getaway to this year’s South-by-Southwest festival in Austin, Texas, thanks to the offer of a generous sponsor.

According to a March 25 disclosure filing with the Clerk of the House, the junket, including free travel, lodging, and event admissions, was paid for by a non-profit political outfit calling itself the Bipartisan Policy Center. 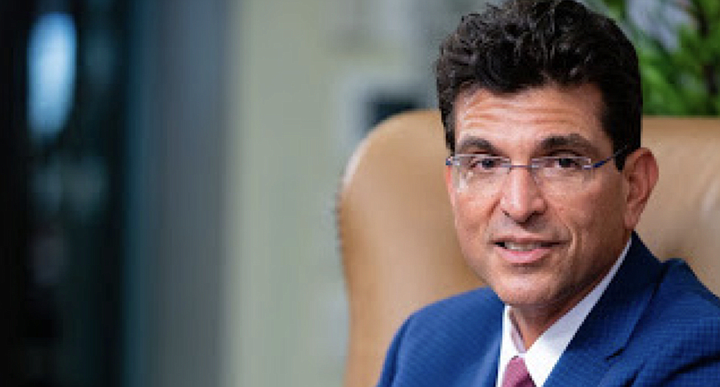 Congresswoman Sara Jacobs, an heir to the Qualcomm fortune of grandfather Irwin Jacobs, departed from New York City on the free trip to the Texas capital on March 12, flying on to Oklahoma City the next day.

Transportation expenses for the young millionairess were $153.60, lodging cost $340.83, and meal expenses amounted to $48.85, per the filing. The hotel booked was the Hilton Garden Inn Austin University Capital District because of its “proximity to events.”

“This trip will give me and my Chief of Staff the opportunity to engage leaders and individuals focused on many of the issues that affect California’s 53rd Congressional District, including democracy protections, foreign affairs, emerging technologies, and infrastructure,” Jacobs said in a statement filed with the report.

According to an itinerary accompanying her post-travel disclosure form, Jacobs and chief of staff Amy Kuhn ride-shared it together from the airport after their March 12 Austin arrival.

At 2:45 pm it was off in another rideshare to the Hilton Austin Downtown, the “location of SXSW panel,” the document says.

There Jacobs and Peter Meijer, a wealthy Republican House colleague from Michigan, did a “podcast about the Bipartisan Policy Center and the American Congressional Exchange with BPC staff.”

As reported here last October, Jacobs has previous connections to the Bipartisan Policy Center, a non-profit group backed by a raft of corporate special interests eager to cultivate members of Congress.

“In partnership with BPC Action, our 501(c)(4) government affairs arm, we rely on hard-earned trusting relationships across the ideological spectrum to get our ideas in front of policymakers who will engage and grapple with the details,” wrote the group’s president Jason Grumet in BPC’s 2021 annual report.

According to the document, donors have included ExxonMobil, ConocoPhillips, Chevron Corporation, PG&E Corporation, and Amazon.

During her Austin trip, Jacobs was on the bill of a panel session with Michigan Republican Meijer touting the Bipartisan Policy Center’s good works.

“Many lawmakers are actually good people responding to bad incentives in a highly polarized environment,” says a note in the itinerary.

“Join Sara Jacobs (D-CA) and Peter Meijer (R-MI) as they discuss why it is important to be open to have bipartisan conversations and relationships,” said SXSW’s online program.

Meijer, an heir to the Michigan-based Meijer chain of 253 superstores, was one of ten Republicans who voted to impeach President Donald Trump.

Then it was time for Jacobs to appear at EU House, an SXSW event held at a venue called Native on Fourth Street.

Says their post-trip itinerary: “Rep. Jacobs and Ms. Kuhn spoke with Maria Belovas, Head of Press & Public Diplomacy for the [European Union] Delegation to the US, about the ongoing conflict in Ukraine and how it has affected the European Union; the location was decorated in blue and yellow, with the theme of #StandWithUkraine.”

Later that evening, according to the disclosure, “Rep. Jacobs and Ms. Kuhn meet with former Austin City Councilman Greg Casar to discuss commonalities between the major US cities of Austin and San Diego.

“Issues discussed include rising costs of living, the growth and revitalization of the city centers, and the impact of federal COVID relief dollars.”

The next day, per the filing, Jacob and Kuhn attended a SXSW panel about homelessness.

“This panel was relevant to Rep. Jacobs’ work as one of the five Members of Congress representing San Diego County, which has the fourth-highest homelessness population in the United States.”